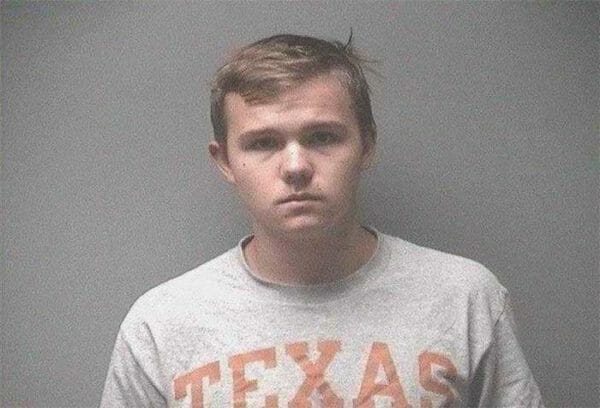 It is so easy, through social media and the bubble that forms around particular groups, to throw out snide, incendiary, and downright mean comments, with little thought about how they might be perceived by people outside our bubbles, including people in law enforcement.

To you, it might just be banter among “friends,” a group of like-minded folks snarking and crabbing about the events of the day, but to others, your witty comments might be interpreted as threats and calls for violence.

A recent example highlights this danger. A young man in Ohio, named Justin Olsen was commenting on things like gun control and the Waco tragedy, on a site called iFunny and a private chat site called Discord – both very popular sites, especially among teenage boys. Among his comments and memes, was a picture of some actor in a Hollywood movie blazing away with two guns simultaneously, with the text “Me walking into the nearest Planned Parenthood.” Other memes included a picture showing a mask and an AR-type rifle, with a caption encouraging people to republish the meme if they “would take liberty into your own hands.”

But the comment that seems to have gotten the 18-year old, recent high school graduate into serious trouble, came in the context of a conversation about the Waco Texas massacre. Olsen related a broadly inaccurate and simplistic description of the tragedy, to which the other person in the conversation commented that he had seen some documentaries about it, and that “it’s really unfortunate.”

To which Olsen replied; “In conclusion, shoot every federal agent on sight.”

It’s not clear if it was that comment or something else which originally captured the attention of FBI agents in Alaska early this year, while Olsen was still only 17, but after the account saw a spike in people following his posts – up to about 4500 total – the FBI requested more information from iFunny, on the user who called himself “ArmyofChrist,” and an investigation was launched. Olsen was identified through his Google account, and his location was determined. The case was then transferred to the FBI’s office in Cleveland, Ohio, where it was assigned to a brand new agent with not quite a year in the agency. Then on August 12, 2019, a little over a week after the atrocities in El Paso and Dayton, the FBI arrested the college-bound teen on charges of “threatening to assault a federal law enforcement officer.”

While whole parades of people calling for “dead cops” go unchallenged and un-arrested?

I don’t know Justin Olsen, and I’ve only been able to find limited information, as his messages on iFunny and Discord appear to have been deleted. His Facebook page [now deleted] features a picture of him smiling, wearing a jacket and tie, with friends at some function, possibly church-related, and some other photos of him golfing, snorkeling, and hugging his dog. Not to judge a book by its cover, but this looks like a happy, well-liked, well-adjusted, middle-class kid. He was apparently about to start college in Texas through an ROTC program.

Olsen reportedly lived with his mom most of the time but had been spending the last few weeks living with his dad in the same town, before heading to Texas for college.

Based on what I have found and read in the criminal complaint filed against him, it appears that he’s being prosecuted for making the same sort of comments that might be seen pretty regularly under articles and in Twitter and Facebook posts. The only significant distinction I can see in this guy’s case is that his comments got flagged to authorities, while most similar comments just get deleted or ignored.

Unfortunately for Olsen, he happened to have been on the FBI’s radar at a moment when everyone from the President on down, is calling for someone to “do something” to prevent mass shootings, and particularly, detect potential mass shooters early and interdict before they can carry out their plans.

The media has tended to be very selective about the comments from Olsen that they are quoting and reporting on, and very sketchy about the context of the comments, editorializing with statements like; Olsen “voiced his support online of mass shootings.” They’re also breathlessly reporting that he “lived in a house with 25 guns and 10,000 rounds of ammunition.”

Some reports eventually go on to explain that the guns and most of the ammo, were found in Olsen’s father’s bedroom, where the “assault-style rifles and shotguns” were locked in a safe, which the father obligingly opened upon request for the FBI. Those reports also like to mention that there was camouflage clothing in the room.

Many of my regular readers are, no doubt, looking at those numbers with one raised eyebrow. Not raised in surprise at that many guns and that much ammo, but rather surprise that such modest numbers would be considered significant.

As I say, I don’t know this kid, and there very well could be more to this story, but based solely on the criminal complaint and media reports, I’d say that the FBI, and probably every other federal, state, and local law enforcement agency, is operating on high alert, terrified of having another case of a mass murderer committing his heinous crime, later to have it come out that he’d been flagged to authorities, and they’d done nothing. This has unfortunately happened several times in recent years, with the Pulse nightclub murderer, and the Parkland high school murderer, both in Florida, being the most egregious examples. But it should be recognized that both of those cases displayed extreme negligence on the part of law enforcement, with the murderers making some pretty direct and overt threats prior to their crimes. This case, on the other hand, appears to be stretching out pretty far to try and make this kid look dangerous.

The important take-away though, is that online comments are permanent, and can be dangerous. We don’t need any more martyrs, and we don’t need to be using rhetoric that can be construed as threatening. I don’t know if this particular case is an example. But anti-rights extremists have long been employing a strategy of silencing their opponents by “flagging” and “reporting” comments, sites, channels, and pages, that they don’t agree with, to the administrators of popular social media sites, and they might have stepped that up to now include reporting such things to law enforcement as “threats.”

Justin Olsen’s whole life has probably been negatively impacted by what might be nothing more than bad jokes and some poor word choices. Even if he beats this rap, serious harm has already been done. Don’t take chances. Be smart and be safe.